Following the sunlight, going into a new era!

“The harness of waterfalls is the most economical method known for drawing energy from the sun” stated the eclectic inventor Nikola Tesla. Both the Greeks and the Romans had realised that as they were already using hydraulic energy to grind wheat in watermills. This usage continued since up to the point that Western Europe and the United States are now almost exploiting all of their available hydroelectric resources [1].

As a reminder from last week’s blogpost, to prevent the world from breathing foul toxic gases, waste has to be eliminated. We mentioned that a possibility was using gasification but this requires a large amount of heat. Where can this heat be extracted from? As hydraulic resources are running out, there is a need for another source of energy, preferably a renewable one to ensure sustainability. The vast majority of renewable energy is derived from the sun via one or several conversion processes (from the original form to thermal energy). Why wait any longer using longwinded conversion methods and not directly utilise the sun for gasification? We know how to make electricity from sunlight using solar panels, now, we should find a way to convert the sunlight into heat instead. This is how Concentrated Solar Power (CSP) plants came about, enabling sunlight to be converted to heat, which is then further used to generate power or drive thermochemical processes for the production of fuels and materials. 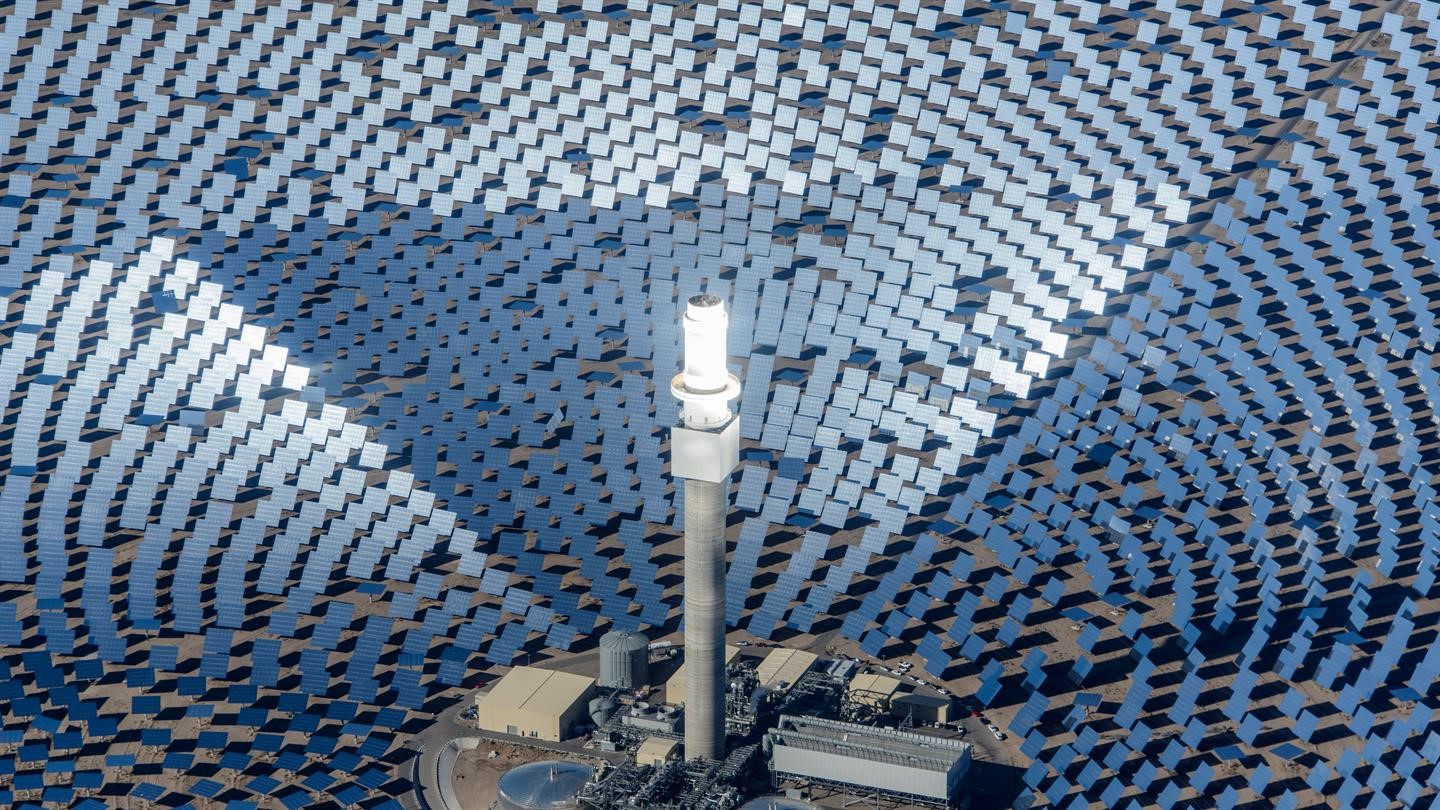 A CSP plant consists of a multitude of sun-tracking mirrors, called heliostats, which concentrate sunlight onto a solar receiver located at the top of a solar tower. In the framework of NEW MINE, a high-temperature solar receiver is proposed with air as the heat transfer fluid. The latter can, in turn, be used to generate steam for the thermochemical gasification of waste materials. Additionally, the integration of a small amount of very hot plasma can maximise the production of both syngas and inert slag (the so-called plasma stone) while securing hybrid operation. A problem however arises – how does that work at night or in case of a cloudy day? This issue is addressed by integrating a thermal battery that stores heat during the day and releases it at night, thus enabling a 24/7 operation. Still a little lost? Figure 2 depicts the overall process. 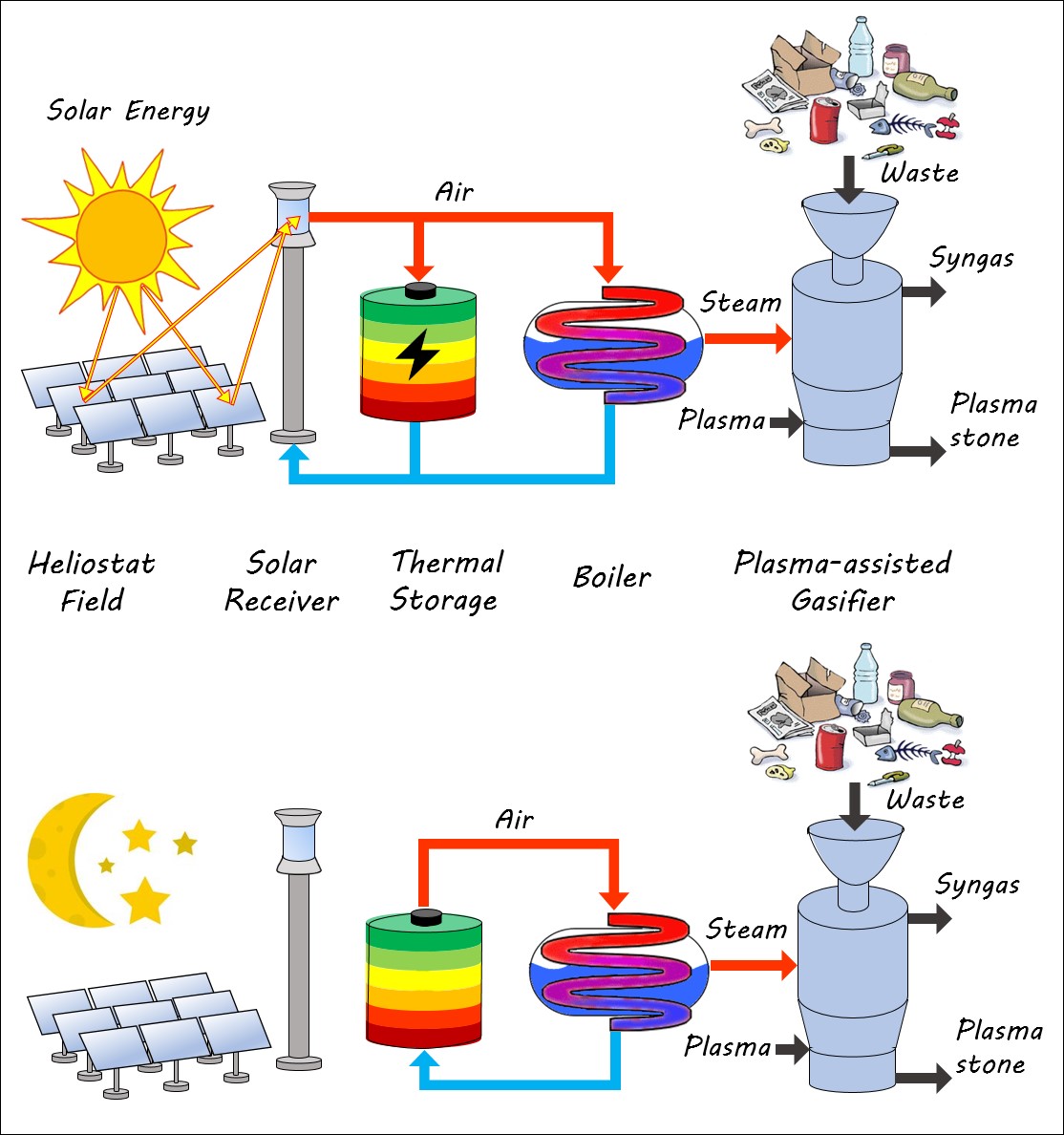 The solar receiver and the thermal storage unit are being developed at the Professorship for Renewable Energy Carriers (PREC) of ETH Zürich. The goal is to perform the entire process energy-efficient and cost-effective using concentrated solar energy. As Christopher Columbus said, “Following the light of the sun, we [are leaving] the Old World” and going into a new era!