Selective recovery of copper from ammoniacal leachates by ion flotation

SOLVOMET/SIM2 KU Leuven and VITO researchers developed a process to selectively recover copper from dilute ammoniacal leachates of microwave-roasted Cu-Zn-Pb sulphidic tailings of the Iberian Pyrite Belt. The work, which was published in the Journal of Sustainable Metallurgy, was performed in the framework of the H2020 MSCA-ETN SULTAN project for the remediation and reprocessing of sulphidic mining waste sites.

Sulphidic copper–lead–zinc tailings can pose a significant environmental threat, ranging from generation of acid mine drainage (AMD) to dam failures. On the other hand, they can also be considered as low-grade ore resources for zinc and copper provided that novel economically-feasible metal extraction and metal recovery techniques are developed.

Due to the low metal concentrations in these resources, the leaching will generate dilute leachates from which metal recovery is a challenge. Ion flotation is a foam separation technique capable of recovering metal ions from dilute aqueous leachates. Under dilute conditions it can be considered as an alternative hydrometallurgical technique to recover metals.

Nevertheless, the majority of the studies on the recovery of metal values by ion flotation were caried out under simulated conditions.  Unlike literature studies, solutions generated from hydrometallurgical processes have complex chemical compositions and contain several metal ions. In most cases, one is interested to selectively separate one metal ion over the others.

Using real leachates instead of synthetic ones

The present work makes a step forward, towards the application of such separation technique from real leachates. The leachates were generated after ammoniacal leaching of microwave-roasted Cu-Zn-Pb sulphidic tailings of the Neves-Corvo mine area (Portugal), in the so-called Iberian Pyrite Belt.

The sulphidic tailings were first roasted at 550 °C for 60 min in the microwave-assisted oven. At this temperature, pyrite was oxidised to hematite and the metal sulphide phases were converted to more soluble metal sulfates.

From the generated pregnant leach solution, it was possible to selectively separate 85% of copper to the foam phase by ion flotation, with sodium dodecyl sulfate (SDS) surfactant, as colloidal copper(II) tetraamine dodecyl sulfate.

The zinc that remained in the solution after ion flotation was recovered by precipitation (95%) as basic zinc carbonate. The results were found to be very promising for recovering copper from dilute aqueous ammoniacal leachates of low-grade sulphidic copper–lead–zinc tailings by ion flotation.

This project has received funding from the European Union's EU Framework Program for Research and Innovation H2020 under Grant Agreement No 812580.

Watch the video of the on-line zoom event “Can the recycling of mining waste become a new business?” (H2020 NEMO project, April 27, 2021). Cases from historical and present day mining sites were presented by Anders Sand (Boliden) and Dirk Musser (CRONIMET), while Christian Wimmer (DG ENV) presented the views of the European Commission with respect to remining of extractive waste. 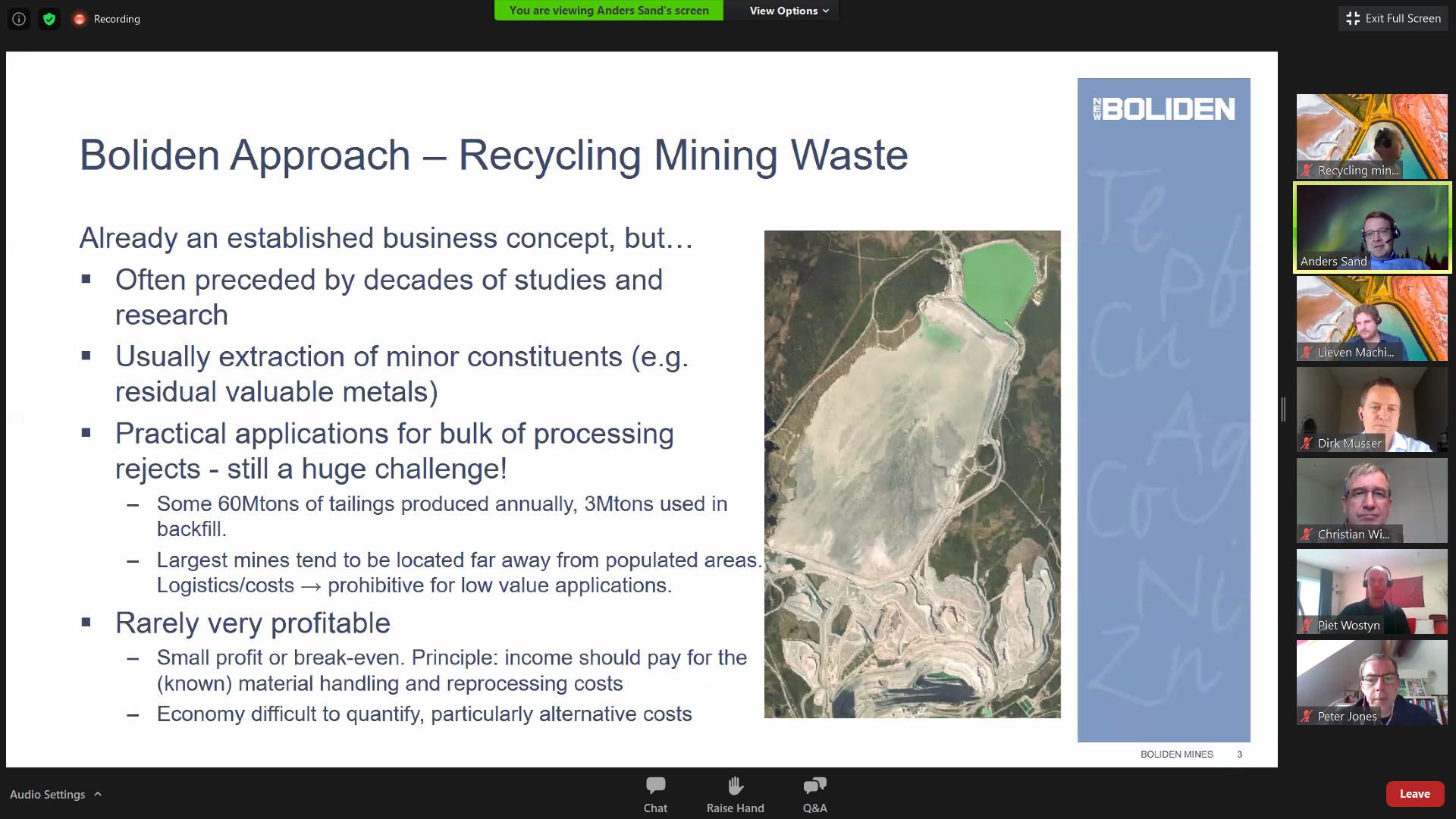