Part of NEW-MINE´s first steps, a delegation, composed of partner companies (Stadler and Group Machiels), supervisors and the young researchers of WP1, visited two operational sites of Shanks Belgium. The visited sites are a SRF (Solid Recovered Fuel) production plant located nearby the city of Ghent and a landfill situated in Mont-Saint-Guibert.

The purpose of these visits was, on the one hand, to gain an insight in the actual functioning of an SRF plant and its components, and to get to know the available areas in the landfill where the exploration activities and excavation works for the NEW-MINE project could take place.

The first visit took place at the SRF plant in Ghent. The site manager introduced us to the company and the site, gave us the necessary health and safety advice, and showed the delegation around in the SRF production plant. This plant has been in operation since the early 2000s. Before that, the recuperation of construction materials from construction & demolition waste and the treatment of contaminated soils were the primary activities of the site. During the visit, the overall SRF production process and its main stages were observed, as well as the input and output materials of the plant. In the picture below, the input material´s storage area and metals washing aggregate of the plant can be seen. 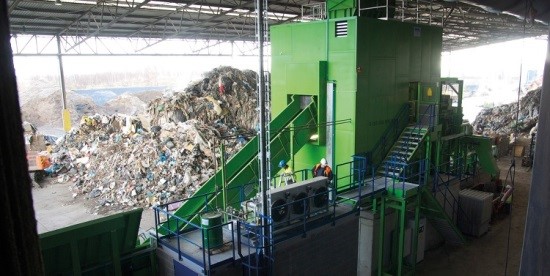 After a short lunch and debriefing session, the delegation headed for the Centre d´Enfouissement Technique de Mont-St-Guibert (CETeM) landfill in Mont-Saint-Guibert. The CETeM landfill started its waste disposal activities in 1985. This landfill contains a wide variety of waste types, from which household waste and industrial waste represent the major types. 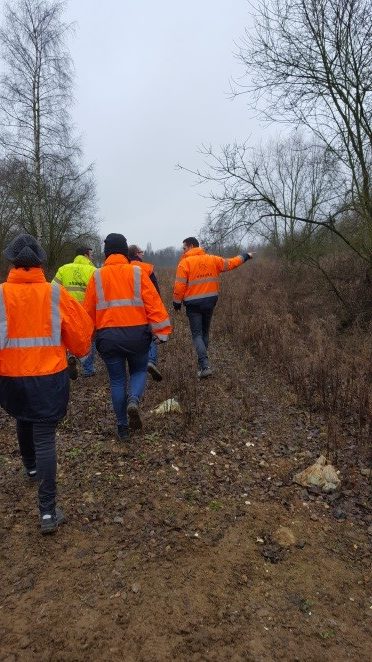 Nowadays, the old part of the landfill is not in operation anymore and, therefore, would be a very suitable candidate for the NEW-MINE project to be one of the sources of waste materials to be used as input for the whole project.

Once on-site, the delegation had a “cross-country” tour through the old part of the landfill, guided by the site´s manager, where they visited the different available areas that can be chosen for future NEW-MINE activities.

As it can be seen in the following photograph, some new-miners used the opportunity to take some samples, of previously excavated waste from the landfill for another research project, with them for their initial investigations. 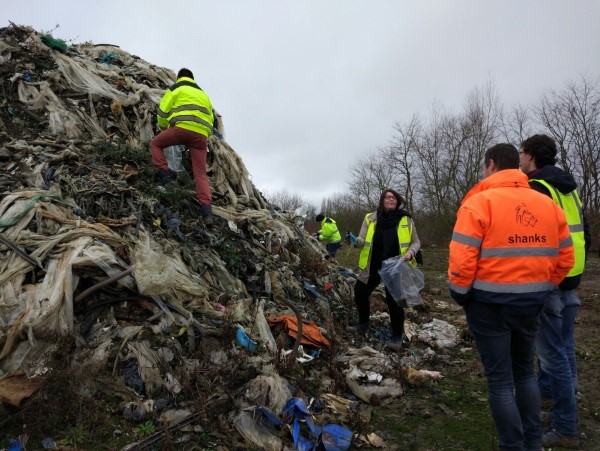 Taking samples from the landfill

After the tour, the delegation gathered to have a debriefing meeting, where the most relevant points and several questions were discussed. As a lesson learned and to finalize this post, it is worthy to point out that these visits were very helpful to get a complete overview of the steps to follow, validate and complement the planning phase and detect potential issues for the implementation phase of the project. This will allow WP1 to take actions and make the necessary adjustments on time, in order to keep within the project´s timeline.

Hence, this sort of complementary activities could be seen as a necessary step during the initial stage of similar projects.