Okay, the text immediately starts with a problem. It’s a mathematical problem, but it is also in a sense mathematically problematic: it is the so-called inverse problem. We, at Ghent University, work with such inversions almost every day, since their solution allows us to derive valuable results from our geophysical measurements.

Let’s start with figuring out what the term ‘inversion‘ means: It is the attempt to derive a cause from an observed effect. The opposite reasoning, deriving an effect from a known cause, would be called a forward problem. So let’s start to get more insight by looking at a simple example. Maybe the easiest example that illustrates our problem is multiplication. Multiplying two numbers is a well-defined forward problem, for example multiplying the numbers 2 and 8, the result is unique:

In forward-inverse terminology, 2 and 8 would be the cause, 16 the observation, and the multiplication itself would be the forward model.

Physical laws are, in fact, typical formulations of forward problems. For example, applying a voltage to a piece of copper (cause), of which we know the electrical conductivity, we can use the forward model ‘Ohm’s law’ to derive the actual current (observation) that will flow through the copper.
But let’s go back to the easy multiplication and approach the problem from the inverse direction, the question could be stated as follows: Which two numbers can I multiply to obtain 16 as the result?! Well, we know one answer (2 and 8, of course), but it is immediately clear that this is not a unique solution (just think of multiplying 4 by 4 or 5 by 3.2). In fact, there is an infinite number of possible solutions to this problem.

Okay, this is bad news, an infinite number of solutions. It seems that our inverse problem is not as well-defined as our forward problem. But how can we still derive 2 and 8, the numbers that really caused our result of 16? It seems hopeless. This is where so-called boundary conditions come into play. Boundary conditions are a way to incorporate additional information into the inverse problem. A boundary condition in our case could be that, for some reason, we know in advance that our problem should be solved by natural numbers. This would limit the possible result to the three pairs (1,16), (2,8), and (4,4). Thus, we reduced the number of possible solutions from an infinite number to three.

That’s the basics. Let’s now have a look at some inverse problems in scientific applications. Since inversion can tell us something about parameters we cannot observe directly, inverse problems occur in almost all scientific disciplines. For example in optics, astronomy and medical imaging. I suspect, that most of you readers have at least some experience with medical imaging. If you have ever seen a computer tomography, you already know what I am referring to. Let’s have a closer look at this example. Imagine there is something wrong with a patient’s brain and to get to know the reason you would like to look into the brain. Of course, it is impossible to observe the structure of the brain directly. Well, we can of course, but this would not end in a pleasant situation for our patient…

The solution: X-rays! Defined X-rays are send out, through the patients head and what is left of the signal is received at the opposite side of the head. From the absorption, possible distributions of different substances inside the brain can be derived. But here again we are leads to an infinite number of possible material distributions that might have caused the observed X-ray absorption. Especially using only a single X-ray direction, we cannot distinguish for example between a high-absorptive thin medium against a lower-absorptive but thicker medium. So, what is typically done: The number of possible solutions is reduced by using X-rays from different angles all around the patients head. From this, we could derive some nice pictures just like these: 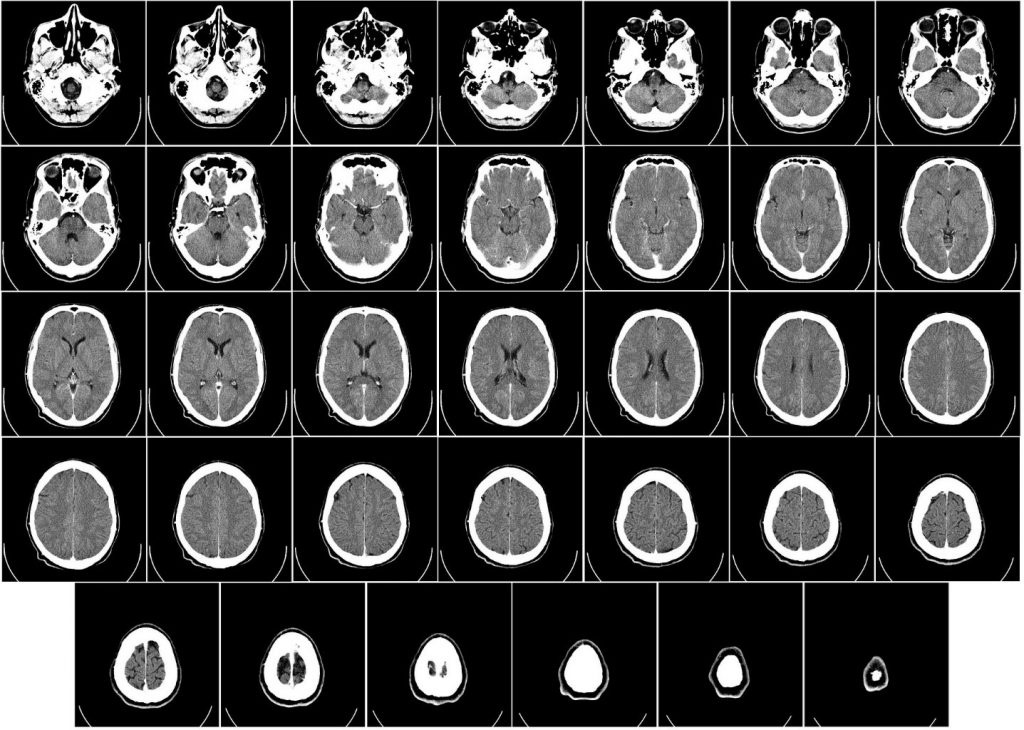 It is possible to obtain sliced images, or even a three-dimensional image of the brain of your patient. And if you and your patient are lucky, you will see that there are no abnormalities present in the brain.

Now why is this all so important for me?
Back to NEW-MINE: At the landfill, we will use similar methods to the ones that are used during a computer tomography. Sending out electromagnetic radiation into the subsurface, we derive a possible distribution of electrical properties in a three-dimensional space. We try to link different electrical properties with waste properties, just as doctors link the absorption potential to different kinds of tissue. That’s how we try to find out what kind of waste is buried in the ground. Getting a clear(er) picture about this is extremely important for the future of Enhanced Landfill Mining. 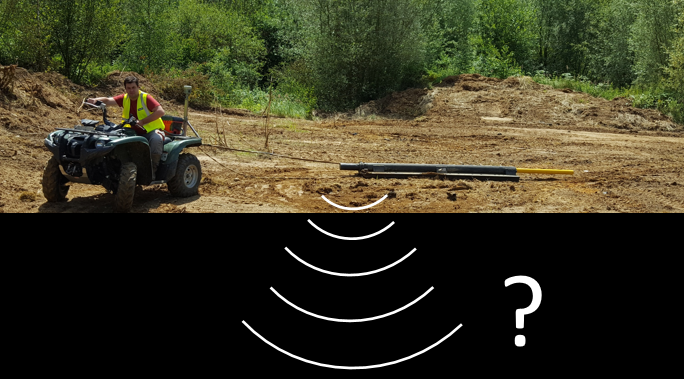 I will report more on that at a different time.
About the Author: