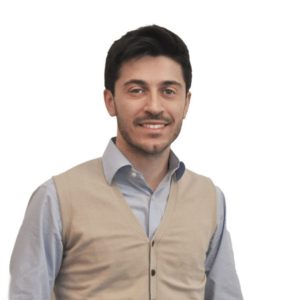 The goal of my work is to make the energy-intensive process of continuous gasification of the RDF more sustainable by preheating the gasifying fluid (air or steam) with solar thermal energy from concentrated solar systems. The objective of a 24/7 delivery of a constant-temperature gasifying fluid will be investigated for the exclusive use of solar energy as well as for hybrid configurations, which exploit the sensible or combustion heat of the product (syngas), or electricity (plasma). Quite a mouthful! For any questions, contact Marco at: gigmarco@ethz.ch

Gasification is one of the most attractive integrated solutions for energy recovery from carbonaceous waste that cannot be directly recycled, known as refuse-derived fuel (RDF). In this process, the carbonaceous matter reacts with a gasification agent (oxygen and/or steam) at temperatures exceeding 700 °C to produce a mixture of CO and H2, called syngas, which is a storable and clean energy carrier. The process offers also a significant waste volume reduction and an efficient pollution control. Furthermore, the use of steam as a gasification agent results in a syngas with high H2 content. On the other hand, the chemical and physical phenomena involved in the steam gasification process require large amounts of heat that can be provided by either sacrificing part of the treated waste, which must be burnt instead of being converted into syngas, or using an external energy source. In the latter case, the extraction of syngas from the waste is maximized but the carbon footprint of the process increases if the external provided energy comes from a non-renewable source. For this reason, the use of renewable solar thermal energy generated by a concentrated solar system can reduce the CO2 emissions of the overall process and also result into a higher quality product, since the produced syngas would be free of combustion by-products. Additionally, the integration of a thermal energy storage that can accumulate solar heat during the day and release it at night (or during cloudy periods) allows a continuous, steady-state operation of the gasification reactor, that creates further beneficial effects on the syngas quality and process efficiency.

The objectives of the project are:

The state-of-the-art, commercial thermal energy storage systems employ materials with high heat capacity to store heat, like molten salts, that are limited to an operational temperature of around 600°C. The thermal energy storage technology selected for this project is the so-called thermochemical energy storage (TCS), which employs the endothermic/exothermic effect of reversible chemical reactions to store/release heat. Reactions that involve gases like O2 or CO2 and solid metal oxides are suitable candidate for TCS since they often happen at temperatures that exceed 600°C.

The study was carried out by utilising both experimental work and modelling techniques. The first task was the selection and development of high-performance TCS materials produced by advanced synthesis techniques. The rate and extent of reaction at various operating conditions, as well as the cycling stability of the manufactured powders and granules were investigated by thermogravimetric analysis. Several physical properties of the materials were characterized by means of different techniques like X-ray powder diffraction (XRD), Inductively Coupled Plasma Optical Emission Spectrometry (ICP-OES) and Energy Dispersive X-ray (EDX) Analysis coupled to Scanning Electron Microscopy (SEM). Subsequently, a lab-scale prototype of the TCS reactor had to be designed, assembled and tested to serve as a proof-of-concept of the technology and to acquire experimental data for the validation of its heat and mass transfer model. The latter is a key tool to optimize and scale up the system, and was implemented and solved with the aid of a simulation software that employs finite element method (COMSOL Multiphysics). The last objective of the project was a thermodynamic analysis of the solar-assisted gasification of RDF process (shown in Figure 21), with the aim of maximizing the energy efficiency of the process that integrates different units (e.g. concentrated solar system, thermal energy storage, gasification reactor, syngas cleaning/separation units, etc.). A semi-empirical model of the of the process has been implemented in the simulation software Aspen Plus with the aim of:

Reversible gas-solid reactions suitable as TCS materials were screened based on the operating temperature of gasification (>700°C) and in order to guarantee safe operation (no hazardous reactive gases). A list of metal oxides which react reversibly with CO2 (carbonation-calcination cycle) or O2 (reduction-oxidation or redox cycle) were selected. A common problem to all the gas-solid reactions occurring when working at high temperatures is the loss of reactivity over consecutive cycles caused by progressive agglomeration of the solid reactant (so-called thermal sintering). Due to this problem, some engineering of the reactive metal oxides was necessary to achieve a stable performance in terms of a constant stored/released amount of heat over cycling. Various synthesis techniques were employed to produce powders and granules with morphological properties that, in some cases, enabled to improve the otherwise prohibitive reaction kinetics. Furthermore, in most of the cases, the addition of sintering-resistant inert compounds (usually metal oxides with higher melting temperature than the reactive material) was necessary to prevent the collapse of the structures due to the mechanical stress generated during repeated thermo-chemical cycles.

The gas-solid systems investigated were the carbonation-calcination pairs: CaO/CaCO3, SrO/SrCO3, BaO/BaCO3, and the redox pairs: Cu2O/CuO, CoO/Co3O4, BaO/BaO2, Fe3O4/Fe2O3, Mn3O4/Mn2O3. Stable energy density up to 100 consecutive cycles was demonstrated for various materials. A very stable formulation of CuO mixed with the inert additive yttria-stabilized zirconia and shaped into granules was selected to be tested in a thermally-insulated packed-bed reactor, which represents a lab-scale prototype of the TCS system (see Figure 22). A furnace placed below the reactor served to simulate the concentrated solar system that heats up air. The latter serves both as heat transfer fluid and reactive gas. During the tests, oxygen concentration measurements were used to determine the extent of reaction of the granules, while axial and radial temperature measurements were showing the propagation of the reaction front along the packed bed. 30 consecutive redox cycles were performed by switching the air temperature in the temperature range of 870-1150 °C. During the oxidation, a spontaneous stabilization of the temperature along the bed was observed at around the equilibrium temperature of the Cu2O/CuO in air, which is 1020°C. This event establishes the possibility for a TCS system of delivering heat at a constant value of temperature that matches the design operation temperature of the downstream steam gasification reactor. Complete and fully reversible conversion was achieved for 30 consecutive cycles, without any evident sign of degradation of the system. Also, variations of operating parameters like gas flow rate and inlet temperature were investigated. A set of partial differential equations that accurately describe the transfer of mass and heat in the TCS reactor and surrounding thermal insulation has been formulated and numerically solved by using the finite element method. The mathematical model of the TCS system has been validated with experimental data obtained during the above-mentioned experimental campaign. The last objective of the project was the modelling and simulation of the solar-assisted gasification of RDF process. A screening of all the possible reactor configurations for the gasification reactor and of all the possible process routes that aim to a specific product (e.g. pure hydrogen, liquid fuels, electricity, etc.) was made. Pure hydrogen was selected as the main product to aim. So far, the process flow diagram was prepared and implemented in the simulation software, together with features of the various units involved (concentrated solar system, thermal storage, gasifier, separation unit, etc.). Fixed boundary conditions of the model are the RDF composition (obtained from a RDF sample analysed in the lab) and flow rate, selected to be of 50 tonnes/day, as in most of the commercially available shaft gasifiers (which is the selected reactor type, since it allows also to smelt the residual bottom ashes). The incoming solar irradiation was modelled based on hourly and yearly transient data of a specific latitude in south Europe. 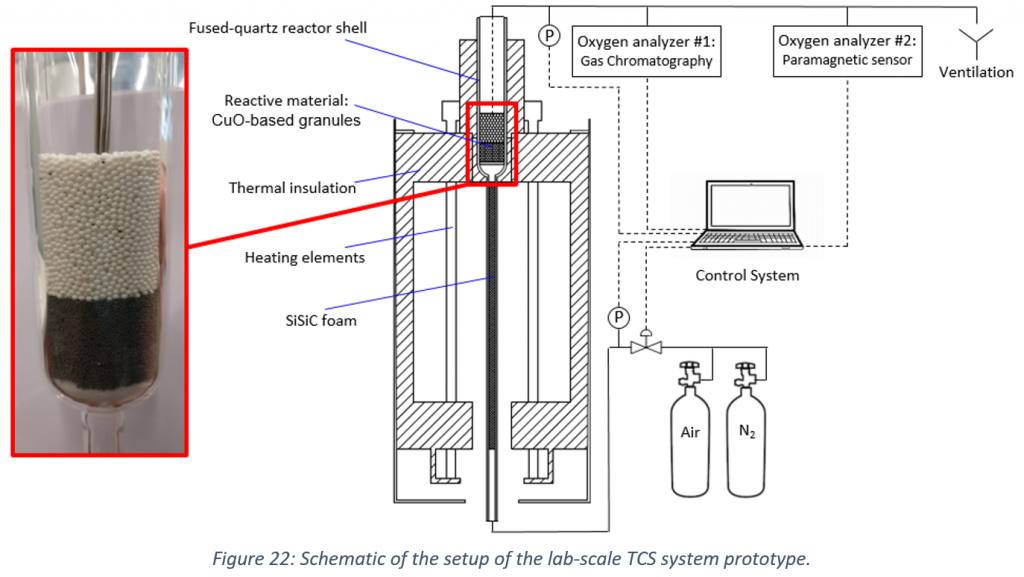 During this project, materials capable to store high-temperature solar heat with a long-term stable cyclic performance were developed. A lab-scale prototype of the heat storage system was developed to demonstrate the concept and validate its mathematical model, that supports design optimization and scaling up. The developed system was designed to allow round-the-clock, steady operation of the solar-assisted steam gasification reactor. The overall process was studied to optimize the integration of the various units in order to maximize its efficiency. The work done has introduced new perspectives on the different levels (materials, system and process) that are still open for further optimization.