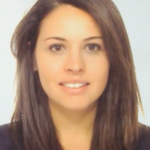 I am in charge of the waste characterization and recovery of desired materials -metals, Refused Derived Fuels (RDF) and building materials- from landfills by mechanical processing. As a result of my work, I will expand the geophysical model, developed by ESR1, by including indicators of material quality, quantity and mineability, derived from excavations and processing tests. Any questions or wishes? You can write me an e-mail at garcialopez@ifa.rwth-aachen.de.

For decades, several waste sorting techniques (sieves, air sifters, magnetic separators, eddy current separators, ballistic separators, sensors) have been used in Europe as a means of sorting waste to separate mixed waste material streams at material recovery facilities and municipal solid waste treatment plants. Currently, with the growing need to remediate landfill sites, these machines can also be employed to recover calorific fractions, inert material and metals, from landfills within the framework of enhanced landfill mining. There is little knowledge about the efficiency of state-of-the-art MBT technology with the complex and heterogeneous excavated landfill-waste. Thus, it is important to study in detail the quality and yield of the products after each mechanical step and to obtain a database where different sorting technologies can be assessed when the input varies. Besides, the knowledge can help to optimize the processing and reduce the economic cost. For example, ballistic separators provide multiple separation steps in one machine, which can enhance in a relevant way the mechanical treatment, or eddy currents in their right position can sort more efficiently non-ferrous metals.

The main objectives of this investigation are to obtain first-hand information regarding the efficiency of the different sorting technologies with old and untreated landfilled material and to study the potential of the landfill as a reservoir of secondary resources. The results are essential for the implementation of enhanced landfill mining, since revenues from material and energy recovery could contribute significantly to the economic feasibility of the project.

From the first secondment with FCC Halbenrain Abfall Service Gesellschaft m.b.H. & Co NfG KG in Austria, a collection of data about different waste sorting technologies (sieves, magnetic separators, air classifiers and eddy current separators) with landfill-mining material was gathered. In total, 500 Mg of landfill-mining material was excavated and processed. The material was buried in the late 90s and consisted mainly of mixed municipal solid waste, industrial waste and sanitary waste. After several mechanical treatments, an exhaustive study of the composition in each output flow was performed to obtain data for a technical assessment. Hence, properties like particle size distribution, bulk density, material composition (wt%), calorific value (MJ/kg), organic/inorganic content (%) were analysed, together with elementary analysis (by XRF and chemical analysis) to specific fractions. 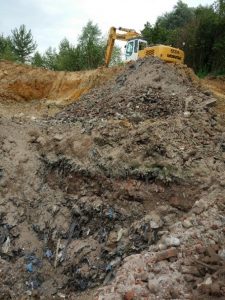 Excavation at the Mont-Saint-Guibert Landfill

The study was extended with an innovative machinery from Stadler®, the ballistic separator STT 6000. The ballistic separator was used at the Mont-Saint-Guibert (MSG) landfill as dispenser in the head of the mechanical treatment, instead of using a shredder, keeping the original size of the particles and classifying them in three different and well-defined flows. In total, 371 Mg was excavated in MSG and treated separately according to the nature of the material (batch 1 and batch 2: municipal solid waste (MSW) and construction and demotion waste (C&D); batch 3: C&D; batch 4: MSW). The efficiency of the ballistic separator was tested with MSW, C&D and a mix of both.

During the mechanical processing of the excavated material in MSG, as well as in Halbenrain, there were specific output flows where the particles behaved similar physically but their valorization options were different. For this reason, the application of Near-Infra-Read Sensor based Sorting (NIR-SBS) was considered and studied at Montan Universität Leoben (MUL). The motivation behind was the existence of solid particles that have similar mechanical behaviours due to their density/shape/particle size, but they have different properties. For example, the heavy fraction of the air sifter is rich in stones, 3D plastics, and wood, but they have different applications. Thus, the mechanical treatment needs advanced processes like NIR SBS to be able to classify the materials according to their chemical properties. At MUL, it was possible to classify different types of polymers (Polyethylene Terephthalate, Polyethylene, Polyvinyl chloride, Polypropylene, Polystyrene) with firstly, Fourier Transform Infrared Spectroscopy (FTIR), and secondly with NIR. With the help of the FTIR and the already existing recipe for the classification of clean and raw polymers with NIR from ESR3, the different types of plastics and wood (materials from the HF of the air sifter in Halbenrain) were classified. After classifying the materials, a more accurate recipe was created to sort landfill-mining polymers and wood (with different grades of moisture). The new recipe was able to classify plastics that the ESR3’s recipe was not able to recognize properly due to the high amount of impurities/old additives/degradation/other defilements. Besides, several tests were performed with different throughputs to study the yield and purity of the NIR-SBS. In addition, plastics from Mont-Saint-Guibert landfill were analysed to check that the recipe was applicable on different European landfills. To increase the extension of the research, landfilled plastics from MSG were moistened, analysed, and the spectra of wet plastics were included in the recipe of the NIR-SBS. In the end of the stay, dry and wet plastic, and wood had good detection results. A conference paper with the results was presented in ISWA 2019, Bilbao (Spain).

The results from the investigations in Halbenrain landfill show that almost 90 t of ferrous metals could be recovered from 2785 t of mined landfill waste (approx. 3%). However, even combined with the profit from nonferrous metals, the profit would be insufficient to make such a landfill mining project feasible today. This fact is influenced negatively by the fact that the defilements on plastics could reduce the heating value and increase the ash content of such potential RDF. In particular, the amounts of fines, 74 wt% < 40 mm, represent the biggest share of the landfill material and they need further investigation in order to reduce the financial burden they have today. Moreover, fluctuations in the material composition in the same output of the mechanical treatment is highly problematic. On the one hand, these fluctuations can influence the load on different machines, potentially reducing the performance of the whole plant. On the other hand, such fluctuations, even if they might seem relatively small like in the case of Fe and NFe metals, can reduce the marketable fractions. The amount varies between 1 and 5 wt%. Thus, the amount of marketable product can also fluctuate. Another problem during the mechanical processing is the moisture content of the material. If the input material is not dry or semi-dried, as in the study of Halbenrain with biological treatment, the quality of the sorting is low, there are more impurities adhered to the surface of the “recyclables” and the mass balance of each material category is not representative for the real composition (e.g., soil-type/wood/paper absorbs large amounts of water). 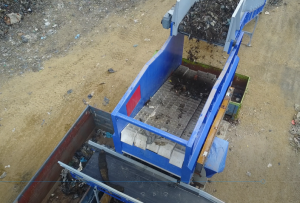 Chemical analysis reveals the presence of heavy metals in specific fractions. Depending on the further treatment of the different output fractions of such an LFM project, the limit values must be considered. Depending on the country, material recovery study should be conducted according to the applicable limit values, which can constitute a problematic hurdle and determine whether an enhanced landfill mining project can be viable.

Another inconvenience found in both landfills (Halbenrain and Mont-Saint-Guibert) is the presence of hazardous materials, in addition to the contaminated soil, which drastically reduces the potential of the landfill as a source of resources. However, this inconvenience should not stop landfill mining activities, since the environmental issue that landfills entail cannot be ignored, and remediation strategies are necessary to avoid future costs.

There have been previous landfill mining projects where excavated landfill-material has been characterized, but the lack of agreement in determining the material composition makes the comparison between landfills limited and complicated. Within this study, two landfills have been characterized following the same methodology and processed mechanically with the purpose of collecting information for a database of sorting efficiencies. Subsequently, the evaluation of different landfill scenarios was carried out with a material flow analysis software (Umberto®) where the infeed material varies according to material composition, particle size distribution, and moisture. The results of the sorting treatment show a poor quality in the products due to the high amount of soil-type material (particles <10 mm), the moisture, the compaction, the agglomerates and finally, the degradation of the materials. Thus, when looking for upcycling or valorising options, recycling seems to be only possible for ferrous and non-ferrous metals. The calorific fraction (textile, wood, plastics, paper and residuals), instead, could be valorised energetically by thermal treatment (traditional incineration, pyrolysis, gasification) and the inert fraction, if the leaching values are under the member state limits, could be re-used for new materials. Further work should be performed to assess how the degradation of the material affects the recycling of the products and how hazardous materials affect the feasibility of the enhanced landfill mining projects.