Alain Yzermans, Mayor of Houthalen-Helchteren, delivered an inspiring speech during the opening of the second day of the 4th Enhanced Landfill Mining Symposium in Mechelen (February 6, 2018). The Social License to Operate topic took centre stage. Here below you can read the full speech. Additionally, the opening presentation of the ELFM IV Symposium, delivered by EURELCO coordinator, Peter Tom Jones has also been made available through this link here: https://lnkd.in/e938gUB (credits image: Nicolas Herbots)

As the Mayor of Houthalen-Helchteren, a medium-sized municipality in the East of Belgium, I would like to introduce this second day of the Fourth Enhanced Landfill Mining Symposium, here in Mechelen, home of the Flemish Public Waste Agency, OVAM.

You could ask yourself why the Mayor of Houthalen-Helchteren is delivering an introductory speech at this international Symposium on such a specific topic as Enhanced Landfill Mining.

The reason is quite simple. Houthalen-Helchteren has a very close connection to the world of landfills and Enhanced Landfill Mining.

First of all, our municipality has a long history with the Remo landfill site, one of the biggest in Flanders, which is operated by the company Group Machiels. The relation with the company was always special: first (in the 1990s) we had a lot of arguing and there was a lot of suspicion because of odour and traffic issues at that time. This gradually changed since the late 1990s because of Group Machiels’ radical shift towards sustainable and environmental goals. The introduction of the principle of Cradle to Cradle was one of the important reasons for the birth of the Closing the Circle ELFM project of Group Machiels. It is also the start of a NEW collaboration and partnership between Group Machiels and our municipality. Houthalen-Helchteren wants to be a pioneer in the green transition and this Cradle to Cradle seed is still growing today.

Secondly, Houthalen-Helchteren was also the host for the First and the Second Enhanced Landfill Mining Symposia in 2010 and 2013. The 2013 Symposium took place in Greenville, an incubator for clean technologies in our municipality. Greenville is hosted in the former main building of the Kempen Coal Mines, which has been completely refurbished and is now home to a multitude of green entrepreneurs. Greenville, which is the perfect example of the embodiment of the transition from the old, fossil-fuel-based, linear economy to the new, low-carbon circular economy, was also the cradle for the establishment of the European Enhanced Landfill Mining Consortium, in short, EURELCO, in 2013.

In a nutshell, ELFM and Houthalen-Helchteren have a long history together, and hopefully, also a bright future.

It’s about this bright future that I would like to say something more. Yesterday we listened to many speakers all focused on the science and technology aspects of the ELFM challenge.

This morning, in the third session, we will listen to a host of speakers who will provide updates on how we can upcycle ELFM-derived fractions into high-added value products. Examples are green cement for eco-friendly building materials or hydrogen for the fuel cells of the future. And yet, we know there’s more to it than just technology. This was already briefly mentioned in the introduction of EURELCO Coordinator Peter Tom Jones yesterday. Jones mentioned that – despite the vast science and technology progress that has been made in the field of ELFM – we are still waiting for the first, full-scale, industrial, resource-recovery-driven ELFM project to take place.

Also Group Machiels’ benchmark Closing the Circle project in Houtahlen-Helchteren, which has been the subject of millions of euros of technology research and which has delivered many breakthroughs over the last years, has still not taken off. Jones mentioned three barriers for ELFM to become a glorious reality:

In the fourth and final session of this Symposium these legal, economic and social barriers will be discussed in more detail. Furthermore, the closing debate will look at these non-technical barriers in a European context. As relevant input for this intriguing debate, I would like to share some ideas with you concerning the third barrier, the fact that local communities can make or break a landfill mining project.

The Remo ELFM project in my municipality, Houthalen-Helchteren, is a very relevant example in this context: fear of change and innovation is a poor adviser for shaping the future. Sometimes I think that NIMBY has become even more robust and harder. It seems to have become almost the “not-in-my-whole-life-syndrome”… It is a relatively populist feeling that is difficult to confront with arguments. Some of the local people say: let the 17 million tonnes of waste rest under the ground forever. There the waste will be “healthy and safe”. Isn’t that ironic?

Of course, each project must meet the highest safety and health standards, especially for local residents, but it must not be a reason to block a project with so many intrinsic values.

Although enormous efforts have already been made to communicate the difficult technical and complex concepts related to ELFM to a general public, we must continue to invest in demonstrating the great advantages of ELFM. We must continue to underline this for our future generations. These benefits are:

Pioneering is not simple but is never an end in itself, it is persevering in the realisation of future visions and projects that are unthinkable today. Perhaps ELFM will be considered by dozens of future generations as something that goes without saying. Others will consider it as a fait divers.

To conclude, I want to stress that a pro-active, multi-actor approach, which involves all stakeholders of a local ELFM project, is absolutely essential for the successful implementation of such a project. In this context I’m delighted to hear that 8 LOCALS of the Remo landfill site are also present here today to get involved in the technical and non-technical discussions. I wish you all an very inspiring and hopeful day.

Thank you very much for your attention.
Alain Yzermans, Mayor of Houthalen-Helchteren 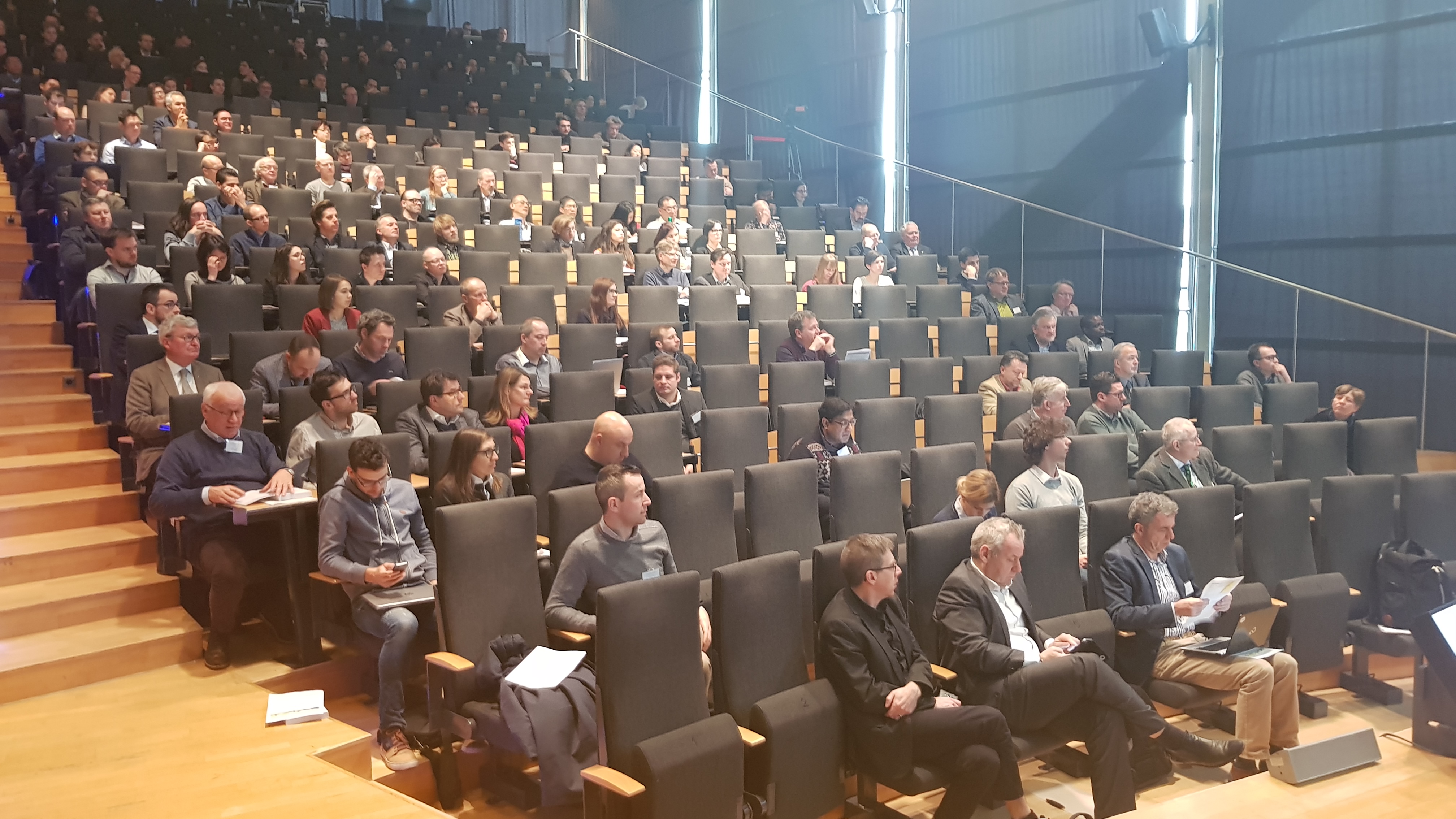