[fusion_text]On 5 and 6 February 2018 the 4th International Enhanced Landfill Mining (ELFM IV) Symposium took place in Mechelen, Belgium. The event was a success: more than 150 attendees; diverse, high-quality lectures by both senior and junior ELFM actors; strong interaction with the public; and a very lively closing debate on the future of ELFM in Europe and the rest of the world, with contributions from industry, the European Commission, national policy makers, the International Solid Waste Association and research organisations. The present article reflects upon the key discussions that took place and discusses “Six Lessons Learned” with respect to the future of Enhanced Landfill Mining (Leuven, PTJ/19-02-2018)

I. The rise of ELFM 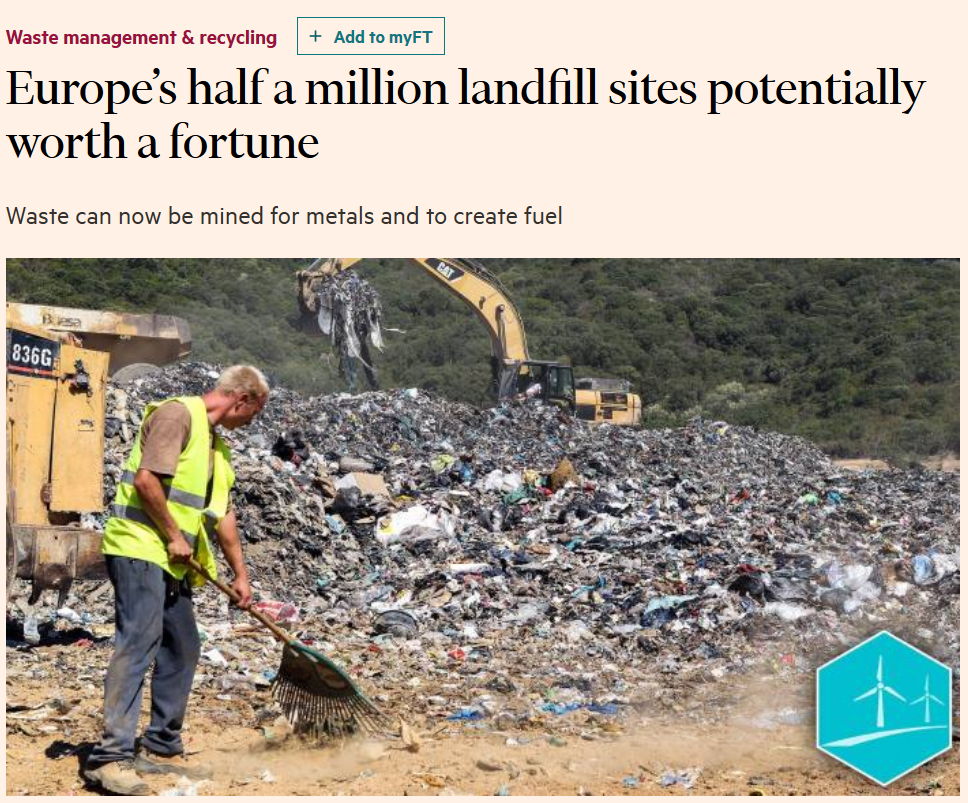 Over the past few years Enhanced Landfill Mining (ELFM) has gained considerable momentum, as evidenced by the start of three EU-funded ELFM-related projects (ETN NEW-MINE, Interreg RAWFILL and COCOON), the rise of EURELCO, widespread press attention (cf. Financial Times, World Economic Forum) and the recent endorsement of the ELFM concept in the “Waste package”, which was formally approved by the European Parliament on 14 March 2017.

The justification for this paradigm change is that ELFM not only enables the recovery of valuable materials that can be brought back into the use cycle, but also recovers areas of land, with a large part of the EU’s 500,000 historic landfills situated in a (semi-) urban environment.

ELFM IV gave a lot of attention to the fact that the first, full-scale industrial, resource-recovery-driven ELFM project still hasn’t occurred yet in Europe. As presented during the opening session, three key barriers needed to be discussed: these range from (1) market & technology barriers to (2) legislative procedures and (3) social acceptance issues. These are discussed below.

Enhanced landfill mining (E-LFM), which aims to go beyond classic “quick-and-dirty” landfill mining (LFM), remains an emerging concept and relies upon novel technologies that still have relatively low Technology-Readiness Levels (TRLs). Both the concept and the technologies and related products need to compete with more established, mature concepts and technologies. Straightforward landfill operation (driven by gate fees) is a less risky business than performing resource-recovery-driven ELFM (without gate fees). Likewise, the traditional incineration of waste (or in the case of classic LFM: RDF developed from excavated waste) is a mature technology with strong vested interests. Furthermore, large, centralised incinerators thrive on gate fees to make the process economic. Decentralised, smaller plasma-gasification units could provide a valuable alternative but still need to scale up and convince investors that the risk is worth taking. 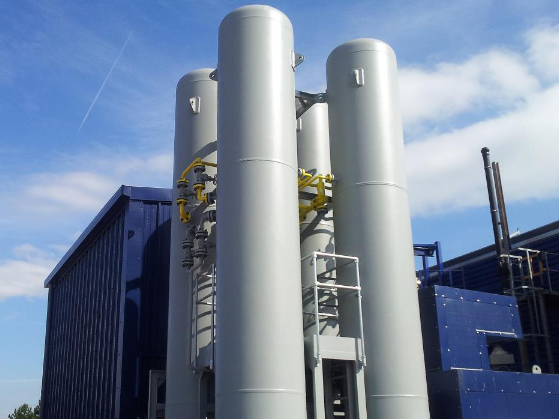 Rolf Stein (CEO of Advanced Plasma Power) provided a clear example of how plasma gasification can scale up in an intelligent way, i.e., learning from the mistakes that were made in other plasma-gasification projects. The presented plans for the first industrial-scale plasma-gasification unit with syngas conversion to bio-SNG provided a clear way forward. With respect to the targeted high-added-value products generated in ELFM operations a similar remark is valid. Take the example of inorganic polymer (IP)-based construction materials derived from plasmarock, which in itself is an output of plasma-gasification units. These IP-based products need to compete with traditional OPC-based products. Once again, this is a mature industry with a proven product and sound economics. IPs represent David, while OPC cement plays the role of Goliath. Nevertheless, considering the massive climate footprint of the cement industry, IPs from ELFM and other operations offer a green way forward. However, without clear policy support (e.g., measures to stimulate the market uptake of secondary raw materials) the partial substitution of cement by IPs will happen too slowly. This clearly shows that society needs to decide about which path should be followed in the future. Researchers and technology providers cannot provide the silver-bullet solution here. 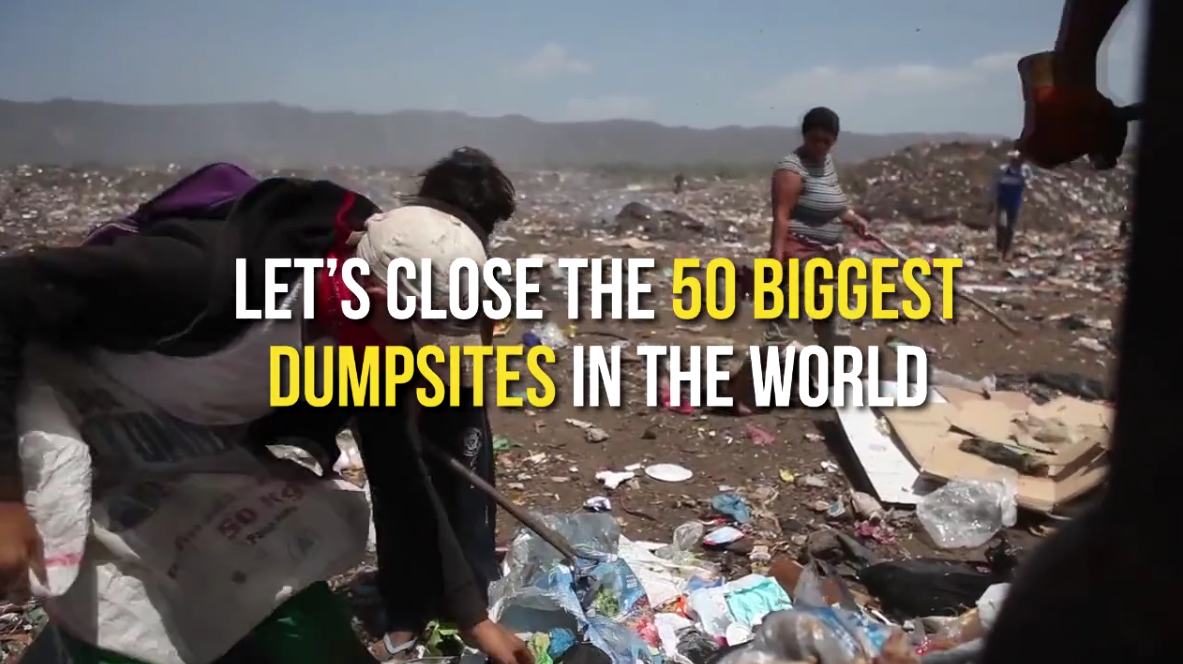 ELFM IV confirmed that the overall economics of ELFM operations are still relatively poor, explaining why large waste-management players remain reluctant to fully invest in ELFM. Only when land reclamation can provide substantial additional revenues will the economics of ELFM become positive in the present policy-support and market context. Throughout ELFM IV, the primary importance of land reclamation, when performing ELFM projects, was corroborated by multiple stakeholders.

In this context, Derek Greedy (ISWA) referred to ISWA’s campaign to close the world’s 50 biggest dumpsites and to remediate them, providing a safe environment for housing in cities with burgeoning populations. In fact, Derek Greedy believed that it would be wise to start performing ELFM projects in the developing world, rather than in the Western world where most landfills are either sanitary landfills or at least offer some kind of environmental protections technologies. On the other hand, he also immediately acknowledged that a lack of funds in the countries where large dumpsites prevail will represent a massive barrier to ELFM taking place there.

During the closing ELFM debate a lot of attention went to the legislative situation in Europe. The fact that the ELFM Amendment that was agreed by the European Parliament in 2017 (“The Commission shall further examine the feasibility of proposing a regulatory framework for enhanced landfill mining so as to permit the retrieval of secondary raw materials that are present in existing landfills. By 31 December 2025 Member States shall map existing landfills and indicate their potential for enhanced landfill mining and share information.”) was later blocked by the European Council during the trilateral meeting between the European Parliament, the European Commission and the European Council, highlights that there is still a long way to go before ELFM is accepted as the new standard by national policy makers. 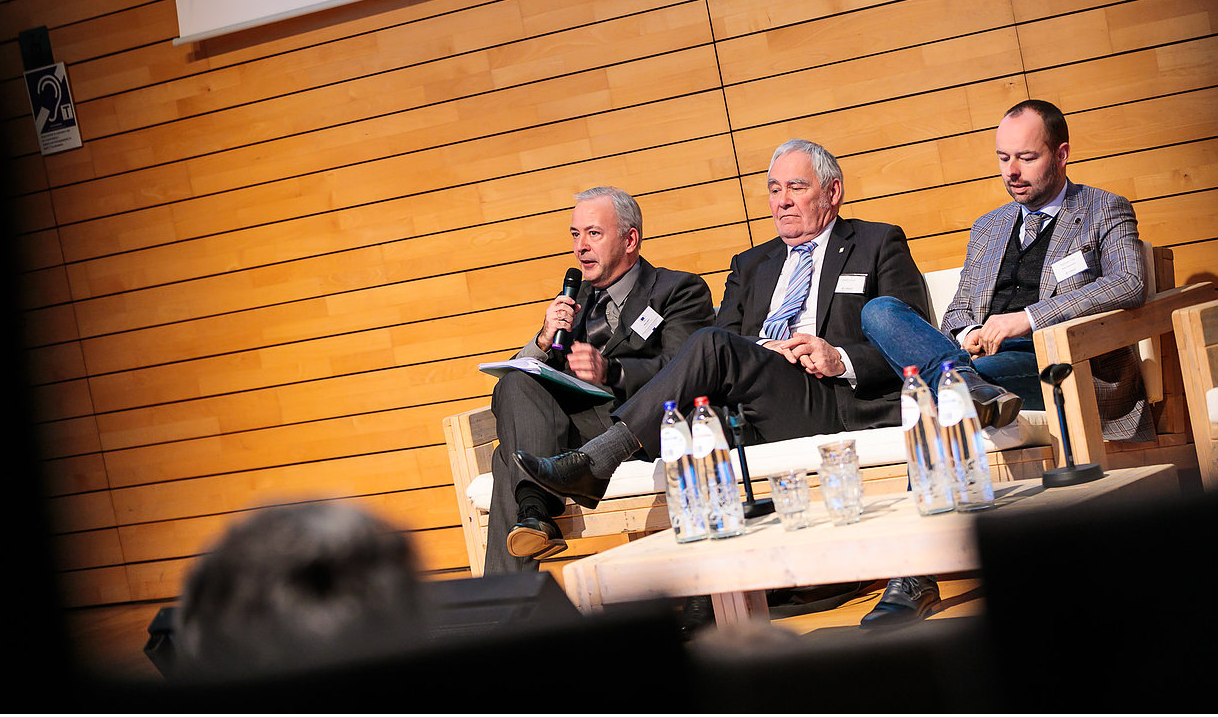 Magnus Gislev (European Commission) confirmed that this rejection by the European Council means that the window of opportunity for modifying the EU Landfill Directive framework will now be closed for several years. “The train has left”, said Magnus Gislev. This represents a major delay for getting ELFM implemented at the EU-level. In reality this implies that Europe basically still considers landfills as “end stations” for obsolete waste, rather than as “dynamic resource stocks” that can be re-injected into the economy when the time and the economics are right. The importance of the required paradigm shift with respect to the definition of a “landfill” – from a static (linear) view towards a dynamic (circular) perspective – will need to be put on the agenda again in the coming years.

Associations like EURELCO and vanguard policy makers like OVAM or RWS will need to highlight that the proposed ELFM Amendment to the Landfill Directive should not be seen as an obligation, coming at a large cost, but rather as a massive opportunity, which, in the long run, will save costs (landfill closure and/or clean-up costs, raw-material costs, etc.). Again, this reflects a societal choice as the environmental and social benefits with respect to cleaning up the historic legacy of EU-landfills should be made much more explicit, as also acknowledged by Derek Greedy in the closing debate. 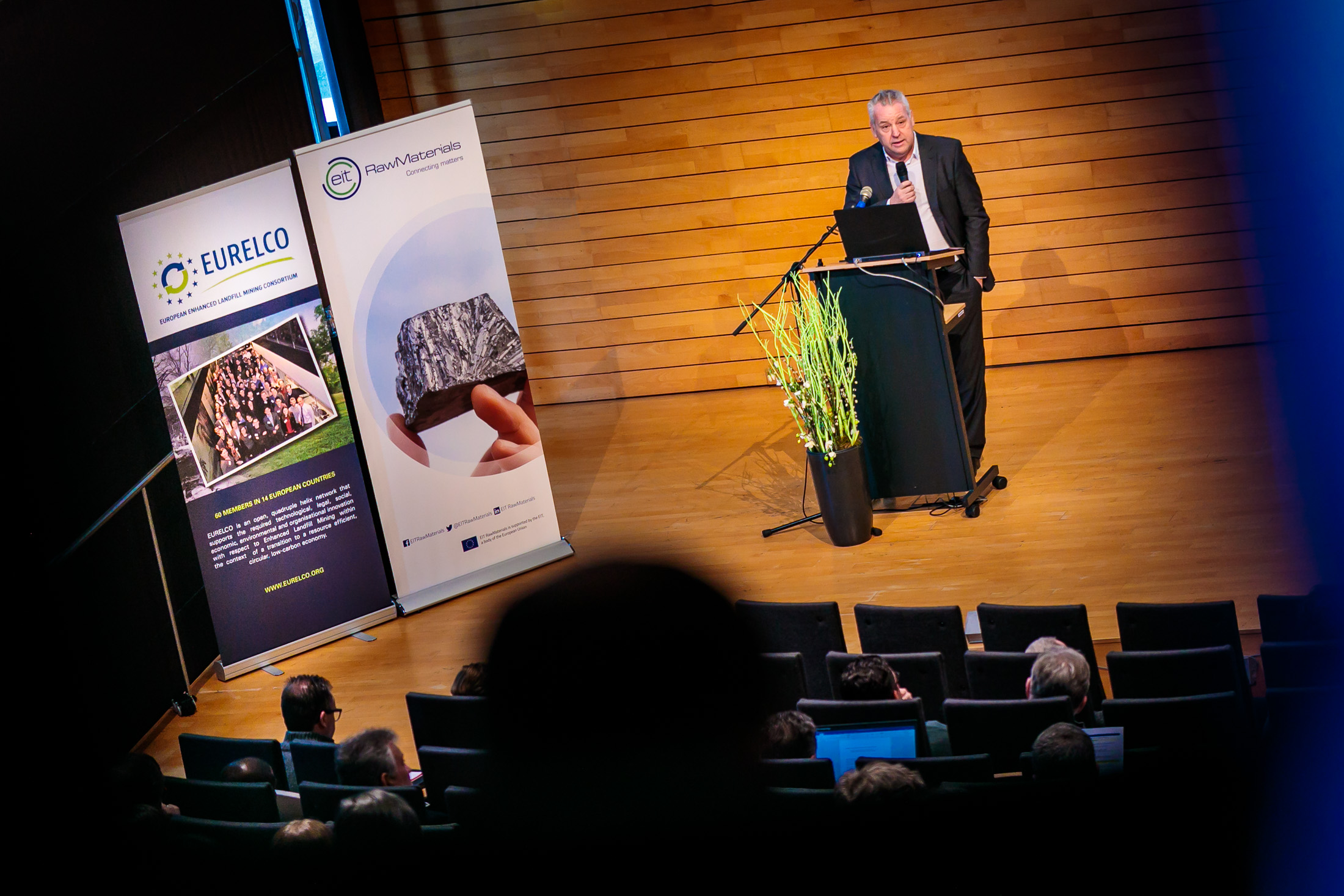 Finally, ELFM IV also strongly reflected on the issue of social acceptance, which can represent a massive barrier for the implementation of any specific ELFM project. The mayor of Houthalen-Helchteren (i.e., the city where the benchmark ELFM Closing-the-Circle project of Group Machiels (Remo landfill site) is set to take place) provided an inspiring speech during the opening session of the second day. Alain Yzermans stated: “… fear of change and innovation is a poor adviser for shaping the future. Sometimes I think that NIMBY [Not In My Back Yard, ed. ptj] has become even more robust and harder. It seems to have become almost the “not-in-my-whole-life-syndrome”… It is a relatively populist feeling that is difficult to confront with arguments. Some of the local people say: let the 17 million tonnes of waste [in the Remo landfill site, ptj] rest under the ground forever. There the waste will be “healthy and safe”. Isn’t that ironic? Of course, each project must meet the highest safety and health standards, especially for local residents, but it must not be a reason to block a project with so many intrinsic values.”

The whole of the ELFM IV audience acknowledged the importance of this “Social License to Operate issue”. Therefore, a pro-active, multi-actor approach, which involves all the stakeholders of a local ELFM project, is absolutely essential for the successful implementation of any given ELFM project. In this context it was heart warming that 8 so-called “locals” of the Remo landfill site were also present at the ELFM IV Symposium and provided their own keynote presentation. During the debate it was acknowledged that all future national and EU projects on ELFM (and primary mining) should by definition integrate “citizen science” and civil-society engagement aspects, so that local communities are genuinely involved, from the first day onwards of an ELFM endeavour. This will be the only way to overcome the NIMBY syndrome and to obtain and maintain the Social License to Operate for ELFM in the future.

Let’s hope that by ELFM V we will be one step closer to the first full-scale realisation of a resource-recovery-driven ELFM project.

Want to react? Please do so by sending your comments to peter.jones@kuleuven.be. 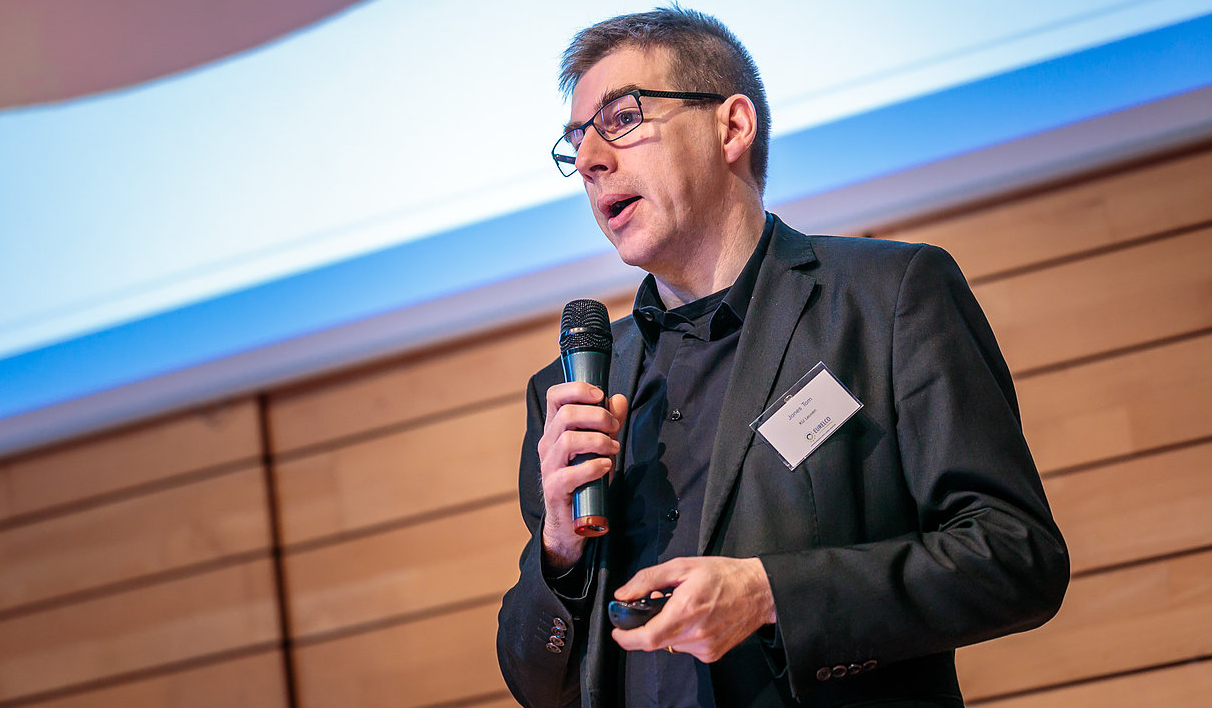 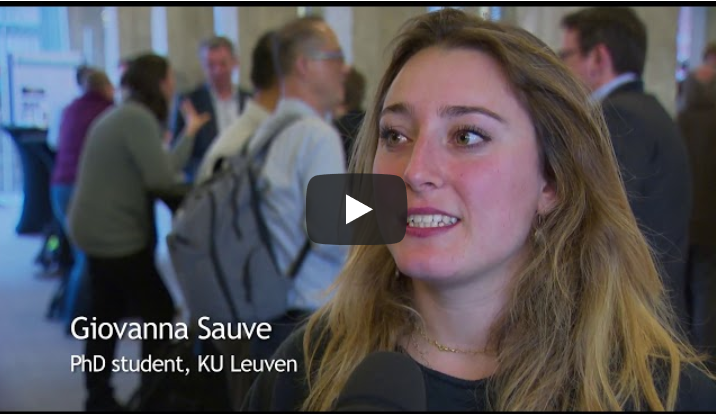